Skier’s thumb is an acute injury to the Ulnar Collateral Ligament(UCL) of the thumb. The condition is due to the mechanism in which the injury occurs falling with a ski pole in one’s hand. Although the injury is known as skier’s thumb & is originally known as gamekeeper’s thumb, it is a common injury to acquire in a variety of sports in which the thumb is vulnerable to direct contact with a ball, other players, & objects.

The ulnar collateral ligament is located on the inner aspect of the thumb’s first knuckle aka metacarpophalangeal joint and its role is to provide stability for the thumb at that
joint. The condition is called Skier’s Thumb because injury to this ligament is often seen among skiers who fall with the ski pole still in hand. The ligament can be partially torn, completely torn or stretched and can be associated with a small fracture of the bones of the thumb where the ligament is attached.

The mechanism of injury is a sudden and forced stretching of the thumb in an outward direction. This results from either a fall onto an outstretched hand or among skiers from falling with the pole still in hand and the handle of the pole stretching the thumb out.

If the UCL is only partially torn, surgery is not necessary and treatment typically consists of placing the hand in a cast designed to immobilize the thumb for a period of 4 weeks. This is followed by a 2-week period of immobilization using a removal splint so that range-of-motion exercises, and rehabilitation can be initiated. 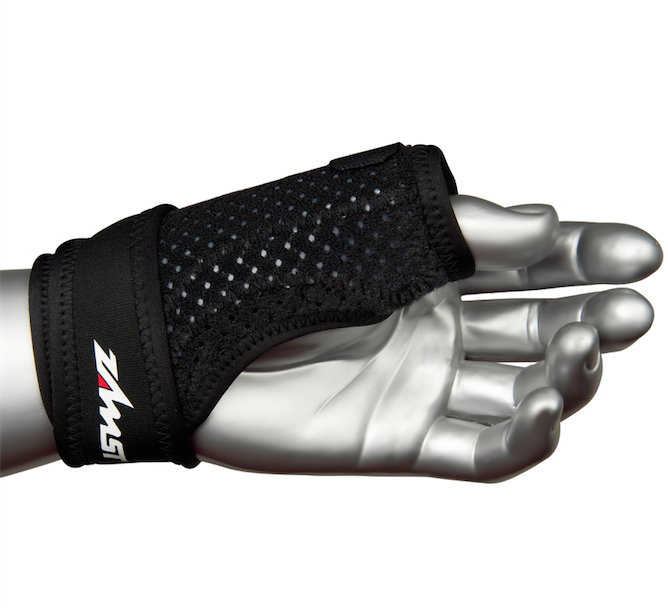 Upon completion of sport specific rehab and return to activity, it is often advised for protective bracing to be worn. There are several rigid and sem-rigid thumb supports, but I recommend the Zamst Thumb Guard since it is light weight, breathable, & remoldable.

Exercises for Football Players in the Off-season

Pain in the Lower Back; Injury or Not?

That’s going to make things a lot easier from here on out.